Welcome to Motherhood!
Affordable housing in the Bay Area, at what...
Book a Party with Sophie!
I'm a Intellifluence trusted blogger
Mortgaging for my Future? 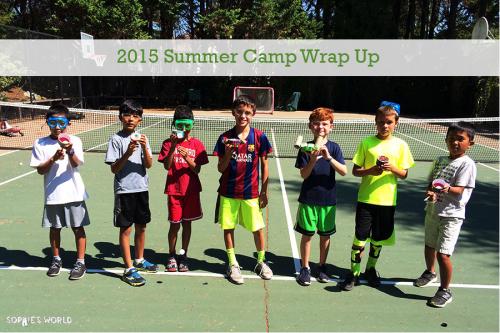 I’ve always felt that ages 8 through 10 are the sweet spot for child engagement and participation.  At this age they have the skills to listen, ask questions, formulate ideas, and discuss potential outcomes.  Additionally, they have the experience to manipulate tools (ie. glue guns and small power tools) safely, which affords them a great sense of autonomy when it comes to putting their ideas into action.  Plus, they still hold within them the wonder of discovery and aren’t yet jaded by too many influences.  Granted, they have probably viewed many more hours of YouTube and been exposed to more information than I could ever conceive, but they still respond to challenges with wide-eyed anticipation.  You can understand how excited I was when my 9 year olds showed up for the first day of Kamp!

This year, I did a ton of internet research, a good deal of which ended up in my weekly “You Made It, I Love It “ blog. I thought this would be a great time and place to recount those activities that were off the hook, just so-so, or total fails!

Growing Crystals - Even though I forgot to go buy distilled water, and we only had charcoal briquettes to use as our bases instead of regular bricks, rocks and sponges, this activity was a definite winner! The crystals started forming after about 45 minutes in the direct sun, which was exciting for boys who like instant gratification. The boys loved examining the crystals with magnifying glasses, and comparing those who used food coloring to those who didn’t! 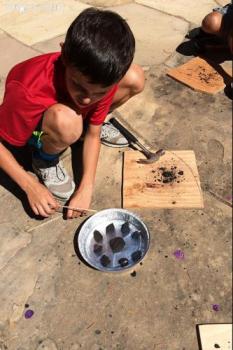 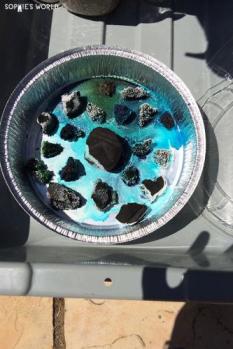 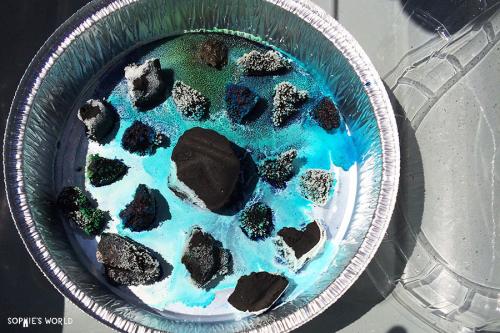 Growing Wheatgrass - Now, I’m not sure if it’s because we took our wheatgrass inside at the end of each session (we had an incident last year where anything we left out overnight got eaten by critters) lessening the amount of direct sunlight each jar received, or if we did something wrong in the planting process, but our seeds did not sprout as quickly as the “You Made It” claimed.  However, there was enough excitement garnered by the few sprouts and many roots to keep the boys interested day after day.  Katrina, my assistant, took the leftover wheat berries home and planted them in her windowsill with much better results.  I think if we had a longer camp, we would have enjoyed more growth! 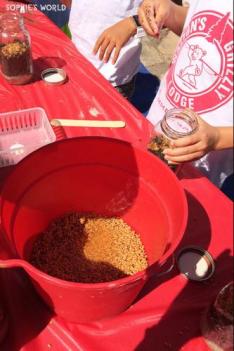 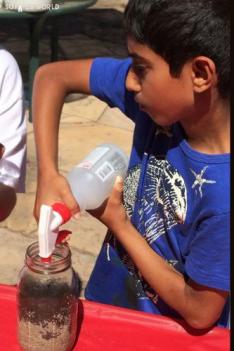 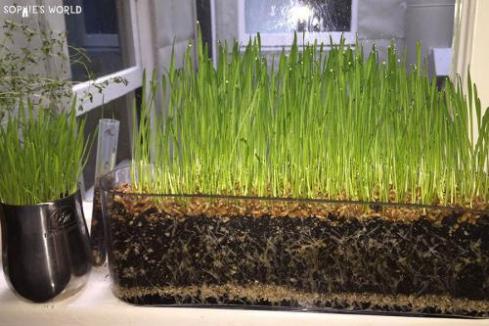 Soda Bottle Rockets - This was by far the most exciting activity we did all week!  The boys absolutely loved this!  We had a blast (literally) testing out the rocket launcher dry, wet, with varying levels of water. Filling the launcher with water first and not using a bottle resulted in an awesome geyser effect. Tilting the launcher on it’s side, holding the bottle, not holding the bottle, using a balloon, using other items such as bottle caps and balls...the exploration was endless. There were so many “oohs” and “aahs” that we might have been at the X-Games. One small note: I made the launcher ahead of time so it would have sufficient time to dry.  The one thing I did have to modify was the air valve.  I could not locate the piece suggested in the blog and instead used two different pieces. 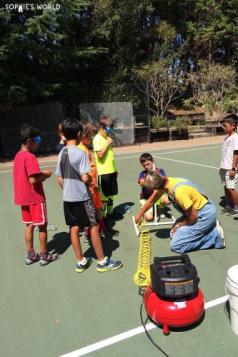 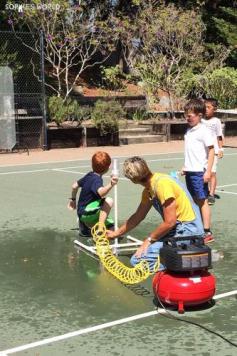 Here’s some links to activities from my own site that worked really well:

Popsicle Stick Crossbows - After showing the boys the basic technique for making the crossbow (I simplified my version a tiny bit), I let them create their own.  This was an amazing adventure, and the resulting weapons were unbelievably complex and creative. 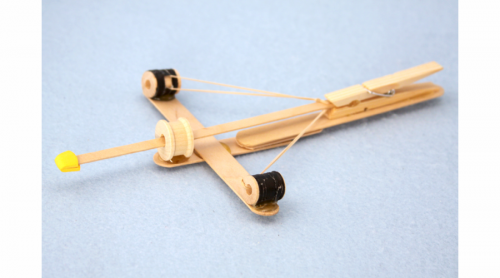 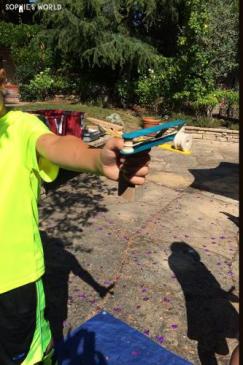 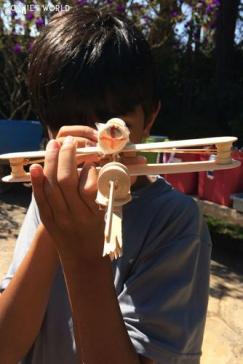 Marshmallow Shooters - The boys loved the simplicity of these shooters.  Once they got over the learning curve of stretching the balloons, they were off and running!  This led to a pingpong ball war on the tennis court and concluded with me ending up at the front of a firing line. 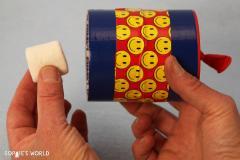 All in all, this year’s summer kamp was one of the best ones yet! I’ve already started bookmarking my internet finds for next year. However, the most important thing that I can’t stress enough is to read the directions carefully, and make sure to try the activity at least once or twice before sharing it with your charges.  Although I must admit, even with huge amounts of prep time you still end up with a “fail” or two. However, sometimes the fails are the things that kids remember, and laugh about, the most. In the end, it’s all good!