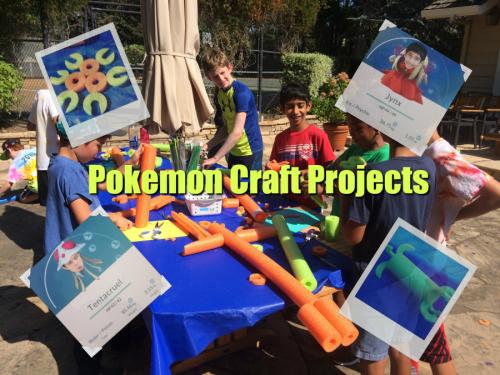 Last week was my annual Summer Kamp, which I love.  It gives me an entire week to catch up with some of my favorite kids.  This year, the chatter was alllll about Pokemon Go. So much so, that I decided to throw in a couple quick and easy Pokemon activities into our already over-planned schedule.  One of the things that I’ve learned about kamp, and parties for that matter, is that if something jumps out and presents itself as fun, you have to grab it - whether or not it’s been planned.

First, I thought it might be fun to see if they could create their own 3-D Pokemon.  I gave the boys a bunch of pool noodles and pipe cleaners and let them go to town. The results were super fun.  We ended up with: 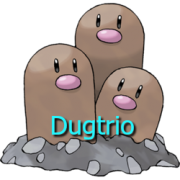 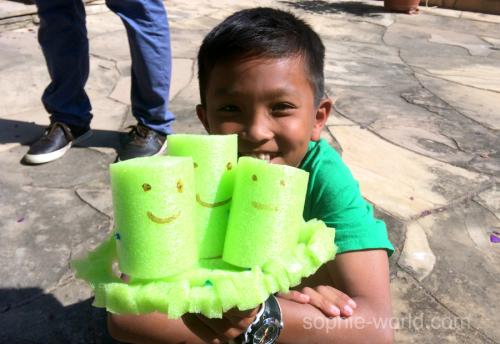 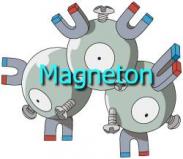 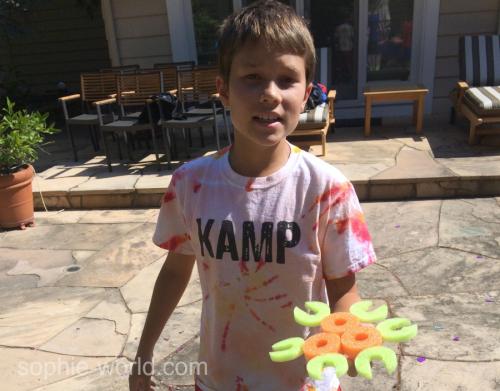 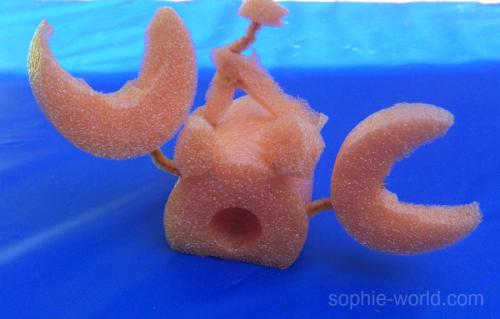 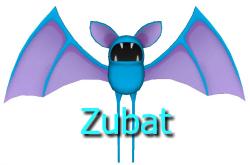 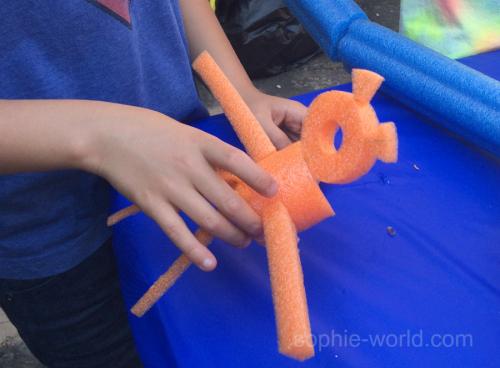 One of my campers had the fun idea of photoshopping his friend’s head onto their favorite Pokemon.  I knew that I wouldn't have time to create the images that day, so I came up with a quick and easy way to do so on-site.  The boys each told me their favorite characters, which I then downloaded and printed on full sheets of cardstock. I took my camera to kamp.

I took three photos of each boy - in three different sizes: wide, medium, and close up.

I printed the photos on my Canon Selphy printer, matched the best-sized head with the printed character card, cut the photo head out and glued it onto the card.  The result was pretty darn funny. The boys loved them. 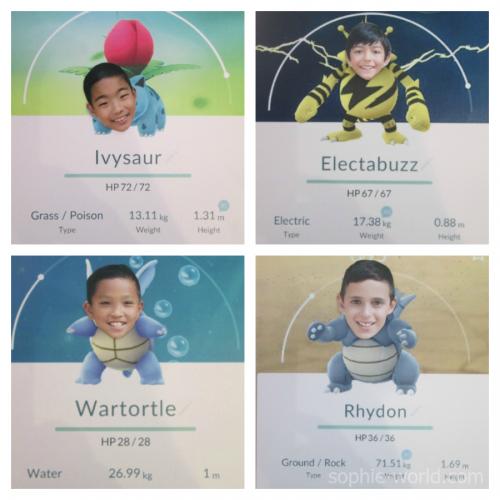 One of the reasons I love kamp so much is that I get a very fast update on what my boys deem popular.  As the years pass, the jump from one fad to the next is happening faster and faster. Although my boys were all about Pokemon, there were hints that it is already getting stale.  One of my campers commented, “Pokemon Go, is so done”.  I was like…”Done?  It just came out in July!”  To which another boy commented, “Well it won’t really be over until we’ve caught a wild Pikachu in Japan.”

I hope it sticks around for a little while.  After listening to the non-stop chitter chatter, I realize it has a few really great aspects to it.  The kids have to walk to find Pokemon as opposed to sitting on a couch, they are learning geography as they search out places to find rare Pokemon, and they are increasing their math skills, since it’s still a point based game.

Plus those little characters are so darn cute!