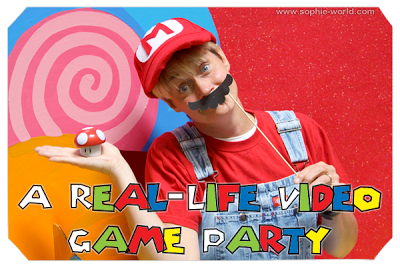 Recently, one of my young clients called me and asked if I could make his favorite video games come to life for his birthday. Now, neither he nor his mom wanted a bunch of kids sitting around slack-jawed in front of glowing TV screens, controllers in hand. He wanted to actually bring his favorite video games to life, which I thought was a very fun challenge indeed!I’m not a huge gamer, and so that meant a bit of research was needed to figure out how best to turn video games into a reality. His favorite game was Mario Brothers, and after discovering that the heroes wear overalls, I was immediately hooked! Here’s what I came up with for ideas.

Amazon has great Mario paper goods, costumes, and decor. The basic game takes place in a bright sunny world with brick levels, boxes with question marks, stars, mushrooms, and gold coins. Drawing upon the decor that I already own, I decorated with clouds, trees, and sunshine cut-outs, as well as mushrooms that I had from other parties. Then I simply added a few elements like the question marks and coins to the mix. 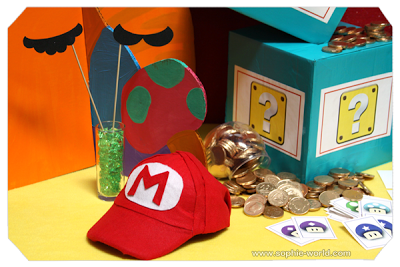 COSTUMES
The basic costumes for Mario and Luigi are pretty easy: overalls, a red or green long-sleeve shirt, and a hat with their initial on it. The most recognizable trait, however, is the mustache. You can purchase stick-on mustaches, but it’s more fun to make them. 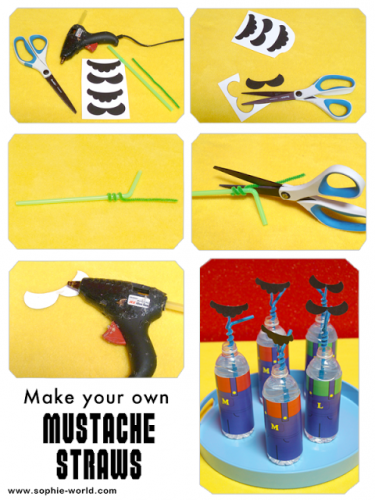 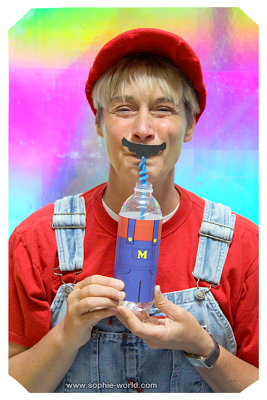 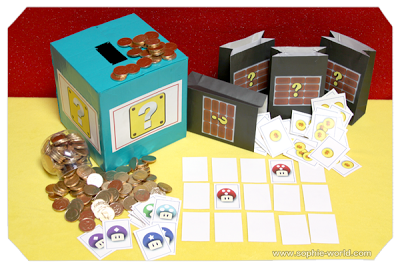 Mario Kart obstacle course
I have little scooter carts in my stock of fun stuff, but a skateboard, scooter, bike, or push car can work just as well. Just make sure to set obstacles far enough apart so that you can navigate easily with whatever form of transport you choose.

Along the course, in random out-of-the-way areas, place boxes with question marks. Players can reach in those boxes and take one coin per box, or choose to bypass the boxes for a better time. At the end of the course, each coin gathered is worth 5 seconds off their time. The player with the best time wins! 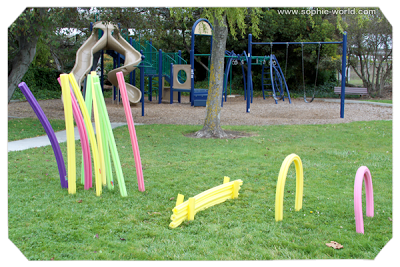 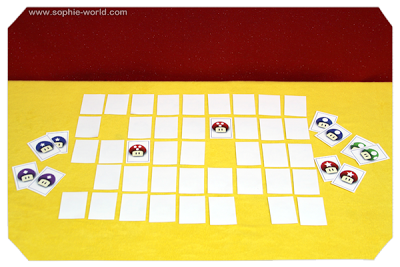 Mushroom matchup
To create this game, print up our template and cut out the cards. Lay them face-down on a table or playing space. Have guests choose two cards at a time to flip over; if a match is made, the cards are removed. If it’s not a match, then both cards are flipped back over and another player may take a turn choosing two cards. Play continues with players collecting matched pairs, until there are no cards left. 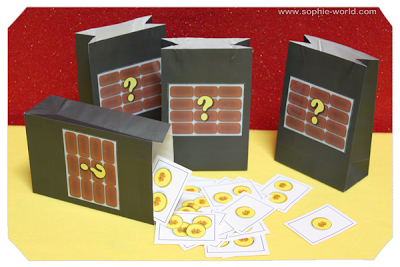 How to play
On “Go!” the first player from each team hops (like Mario does when he’s breaking bricks to find coins) to whichever bag they like. They reach in, take a card, then hop back to their line and tag the next player. Play continue until everyone on each team has gone. Have teams sit down once everyone has gone, so that you will know they are finished. The first team to get everyone seated gets 5 points, second team 4 points, and so on. Once all the teams have finished, have each team collect their cards and tally up the number of coins they have. Each coin is worth 1 point, plus the points they received for finishing. Add up the points and declare a winner. 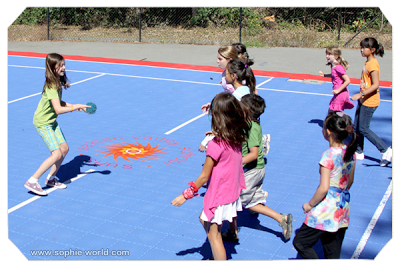 Setup
Divide up into two teams and define your playing area, which is basically a large rectangle with a line down the center. Designate one area on each side to be the “jail.” Spread out all the balls along the center line from one side to the other. No one may cross this line. Players must stay on their own side.

How to play
On “Go!” team members from each side race to the center line and claim a “fireball.” As soon as they have a fireball, they may throw it at the other team members. If someone is hit by a ball, they must go stand in jail. If someone catches the ball thrown at them, they may choose to either release everyone in the jail on their own team, or they may call the person who threw the ball out. Play continues until there are no players left on one side, or everyone is too tired to play anymore!

Important rules
No headshots! An intentional throw to the head will result in a penalty shot for that team. To take a penalty shot, all team members freeze on both sides. The player who was hit in the head moves to the center of their team’s playing field and is handed a ball. Players on the opposite side can begin moving to avoid the ball; however, no one else can throw a ball at this time. Only the player taking the penalty shot may throw a ball. Once the ball leaves their hands though, play resumes as normal.

All jail breaks must be announced. 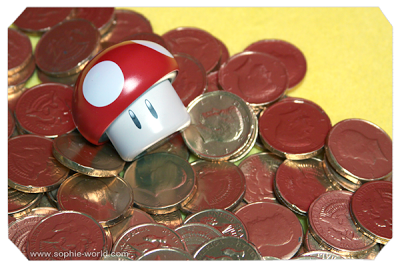 Setup
Mark each set of 25 coins with a color (Sharpie markers work great for this). Hand out one set of colored coins to each team and assign them an area in which to hide their coins. Coins must be at least ½ visible (meaning no coins may be entirely under something).

How to play
Once all the coins have been hidden, have the teams switch areas and begin looking for their coins. The team that collects all 25 coins first wins. 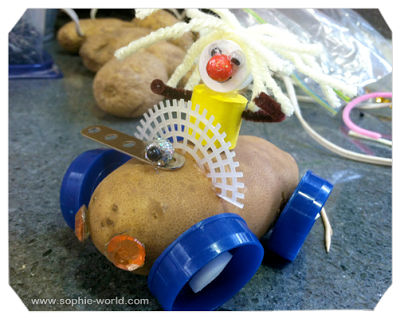 Mario cars
I always think it’s most fun to make cars out of things like boxes and bottle caps or even potatoes; however S&S Worldwide makes a pretty decent car craft kit. 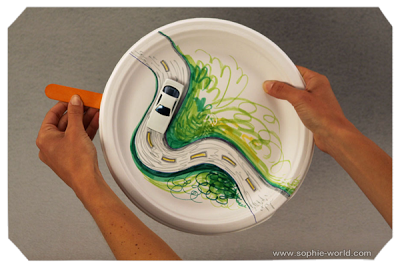 Magnetic cars
Using paper plates or cardboard boxes, kids can design their own race course and then use a magnet powered car to race along the road. 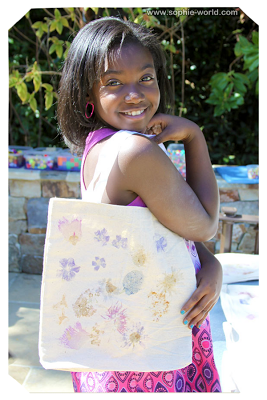 Collector bags
Quick and easy no-sew bags can be made from socks and ribbon, or even plain pre-purchased canvas totes. Let the kids decorate with buttons, trims, sequins, and other fun items. Great for collecting gold coins along the way! 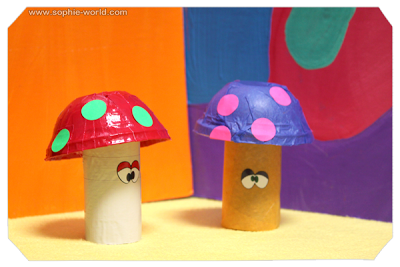 Mushrooms
Use colored tissue paper to cover domed drink lids (like from Slushies or Starbucks) and T.P. tube bases to make really cute little mushrooms. These can even be filled with treats and used as a goodie.

CAKE
Using mini cupcakes frosted in red, blue, white and black, you can lay out a “pixilated” Mario character! Cupcakes can also be decorated with red-and white frosting to make them “1-Up” mushrooms!

GOODIES
Nintendo actually has Wii Controller Candy which is really cute. Amazon has stickers, figurines and 1-Up Mushroom Candies as well.

The best thing about a party like this is that it gets kids off the couch and using their imaginations. As my birthday boy told his mom, “I’ve always dreamed of living in a video game!” And indeed, with a little bit of planning and imagination, it can come true.